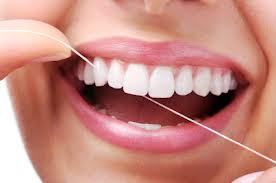 Flossing – your #1 defense in minimizing interdental decay!!!
The question your dental professional probably asks you at every dental visit –are you flossing?

The reality is that 85-90{a203a0584dc97c7b9704318f4c19fbc196799bad970e89ff52d38643b6e30189} of Canadians have gingivitis, which is directly related to poor oral hygiene, and the lack of flossing. Also, toothbrushes cannot completely remove plaque and other debris that gets lodged between teeth, and thus the lack of flossing also causes interdental decay.
What many people do not realize is that there are several alternatives to the traditional method of flossing – which tends to be the primary deterrent to flossing. While there are alternative methods to flossing, I will begin with the guidelines for the effective traditional flossing technique.

Guidelines For Effective Traditional Flossing
1. Using approximately 18 inches of floss and holding hands 5 inches apart, pinch the floss with your middle finger and thumb and wind the floss around your fingers until there is 2 inches between both hands
2. Carefully glide the floss between the teeth and hold the floss snug around the tooth in a c-shape
3. Carefully glide the floss under the gingiva (gums) until you feel some resistance
4. Using an up and down motion you will remove any debris caught between the teeth
5. Using a clean piece of floss, use steps 1-4 on each tooth surface

Other Floss Aids
Floss handles – All floss handles have a handle, which enables easier dexterity as the fingers do not complete the action of flossing. Some floss handles are disposable and are meant for one time usage and there are some where only the floss is removed and should as such be cleaned thoroughly after use. The proper technique for use of floss handles mimics the traditional technique – the floss is inserted between the teeth, and the floss is pulled in the same ‘c-shape’ and in an up and down motion, manoeuvre the floss beneath the gingiva to remove debris.
Interdental Brushes – These brushes generally have a small handle, with a cylindrical/cone shaped brush on the end. It is meant to be placed in between the teeth to remove debris, or into the sulcus (vertically under the gingiva) to help remove debris trapped in deep periodontal pockets. While this method is effective, you should consult your dental professional and seek the advice as to what size/shape interdental brush is most appropriate for your mouth. END_OF_DOCUMENT_TOKEN_TO_BE_REPLACED

Smoking – Quitting is IMPORTANT for the teeth and mouth as well!

We are already well aware that smoking is detrimental to your lungs and health, but what some people aren’t aware of is that it is also extremely damaging to the mouth, teeth, and gingiva (gums). Smoking is a huge risk factor for several oral complications.

Oral cancer – patients are 6 times more prone to develop oral related cancers, the easiest possible way to prevent this is by QUITTING smoking, and visiting your dental professional routinely (it is generally recommended every 6 months).
Gum disease – smoking has been known to inhibit the immune system, therefore reducing your body’s ability to fight infection such as gingivitis and periodontal disease

Premature tooth loss – as a direct result of the periodontal disease that you have now developed as a result of SMOKING, you become more susceptible to tooth loss. Periodontal disease is a disease at which bacteria in the mouth cause bone loss and this loss of bone structure causes mobility in the teeth which in turn causes the teeth to fall out END_OF_DOCUMENT_TOKEN_TO_BE_REPLACED

Want brighter teeth? What are your options… 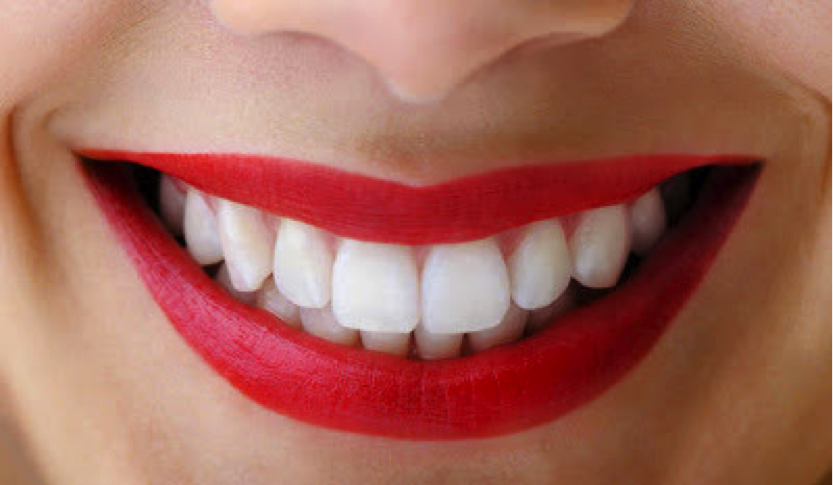 Teeth naturally darken with age – as a result of consuming staining food or drink, tobacco, or in cases where teeth have had root canals (and the tooth is now dead). Though teeth are not naturally bright white, rather a light grey/yellow shade, everyone wants a ‘Hollywood’ smile – it is attainable, but how?

Surface whiteners are usually in form of toothpastes with the addition of special abrasives to improve the products ability to remove stain. Cons: The effectiveness of these products is minimal, so if you have severe staining, you should choose one of the following options. END_OF_DOCUMENT_TOKEN_TO_BE_REPLACED

LET’S BREAK THE CONTROVERSY ON FLUORIDE

What is fluoride? Fluoride is a naturally occurring element – it is found in soil and rocks, as well as in fresh and sea water.

What does fluoride do for your teeth? De-mineralization of your tooth enamel is inevitable every day due to the acids that erode your teeth, even with proper brushing and flossing. What fluoride helps to do is to reverse the effects of the de-mineralization process, reducing the risk for cavities and sensitivity.

A little bit of history about how ‘fluoride’ in dentistry came about… In the early 20th century a dentist came across something that was quite odd – some of his patients with heavily stained brown teeth were particularly resistant to tooth decay. He came to the realization after careful research that these teeth were stained as a result of fluorosis (excessive exposure to fluoride). The obvious solution to diminishing the amount of tooth decay in patients was to fluoridate local drinking water. END_OF_DOCUMENT_TOKEN_TO_BE_REPLACED

Get in the know – Periodontal Disease What is Periodontal disease?

‘Gum’ or periodontal disease has several different levels of progression.

Stage 1: Gingivits – Our mouths are full of a substance called plaque and plaque is a vehicle for a world of bacteria that cause ‘gum’ disease. Plaque that is not removed during proper brushing and flossing solidifies creating calculus, also known as tartar. Tartar can only be removed professionally by a dentist or hygienist and if it is not removed, gingivitis becomes evident. Classic signs of gingivitis are bleeding, red, swollen gums. END_OF_DOCUMENT_TOKEN_TO_BE_REPLACED 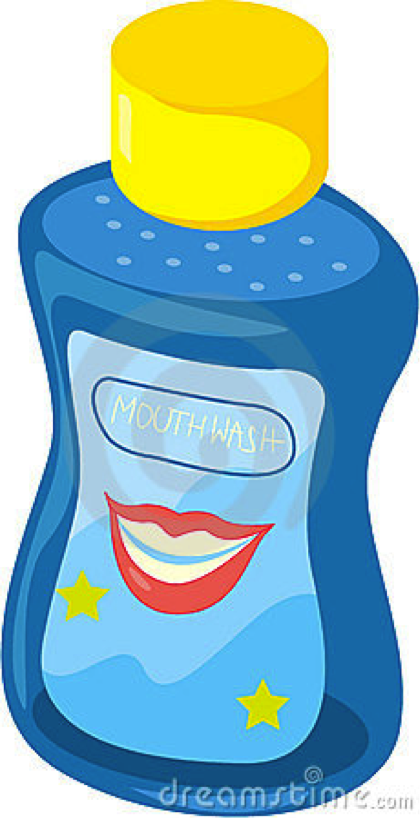 Deciding to add mouthwash to your dental routine? Here are some helpful facts you should know about mouthwash.

Before deciding to add mouthwash to your routine, keep in mind that it can’t do everything that brushing your teeth does. Mouthwash cannot be simply added to replace your brushing routine. You must still continue to brush twice daily.

Therefore if adding it to your routine, it should be only to freshen your breath. There are different types of mouthwash, such as some that contain fluoride, which helps to protect teeth against plaque bacteria. END_OF_DOCUMENT_TOKEN_TO_BE_REPLACED

Too much stress can affect your entire body, including your mouth. There are several oral problems that can occur due to high stress levels.

-Teeth Grinding. Stress may make you grind your teeth or clench them. This can occur during the day or it may even occur without you knowing during your sleep. Grinding your teeth can lead to other problems such as TMJ.

-Neglect of oral care/ bad diet. Stressful situations can lead to forgetting to take care of your teeth or a bad diet. This results in several oral problems. END_OF_DOCUMENT_TOKEN_TO_BE_REPLACED

There are several foods that fight odor, provide a quick fix, and result in fresh breath!

The oils that are in these herbs are very strong and overpower any odors. These herbs act as a mouthwash, and not only do they hide odor but they leave you with a fresh, pleasant smelling breath.

Vegetables and fruits  that are high in vitamin C are also considered to be foods that fight odor. For example broccoli or red bell peppers fight odor as they create an environment in your mouth where bacteria doesn’t want to be.

Gum is also considered to be part of “foods that fight odor”. By chewing gum you release food trapped in gums, as well as dead cells from your teeth or tongue. Another bonus is that gum has a nice smell to it that overpowers the odor!

Water may not have a strong overpowering smell to it, but it flushes out any bacteria in your mouth and allows for your mouth to be cleansed.

Yogurts are part of foods that fight odor as they also lower the levels of sulfide compounds. It has been shown in studies that by eating sugar-free yogurt that contains probiotics twice a day for several weeks reduces bad breath.

We hope that this list of foods that fight odor will help you, and allow for you to have nice fresh breath! 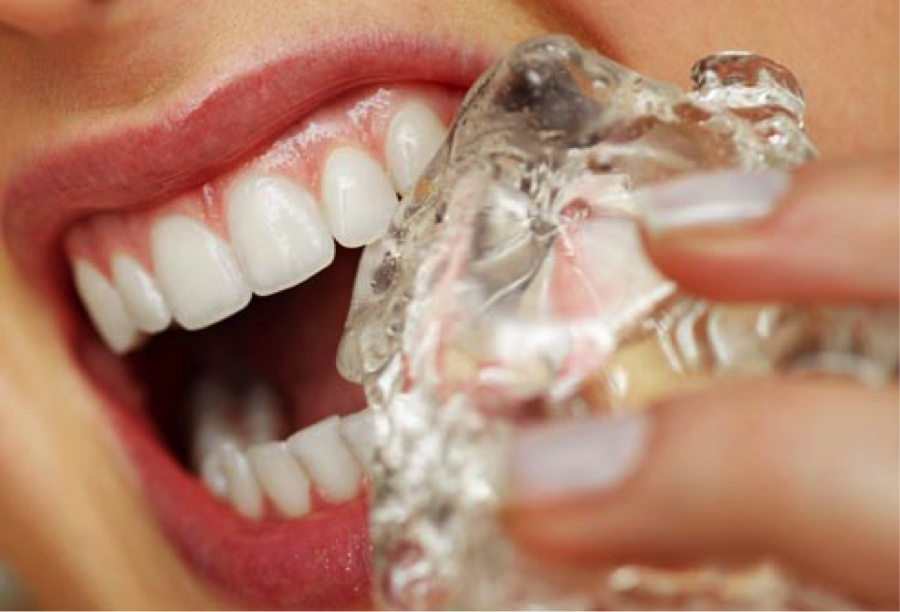 Many of us have habits that we do on the daily… but did you know that many of these habits are habits that ruin your teeth!

Metal rubbing against gums results in damaged gums. Another problem with tongue piercings is that constantly biting down on metal can cause chipping or cracks in teeth. Tongue piercings also lead to increased bacteria in the mouth, which can lead to several problems. END_OF_DOCUMENT_TOKEN_TO_BE_REPLACED 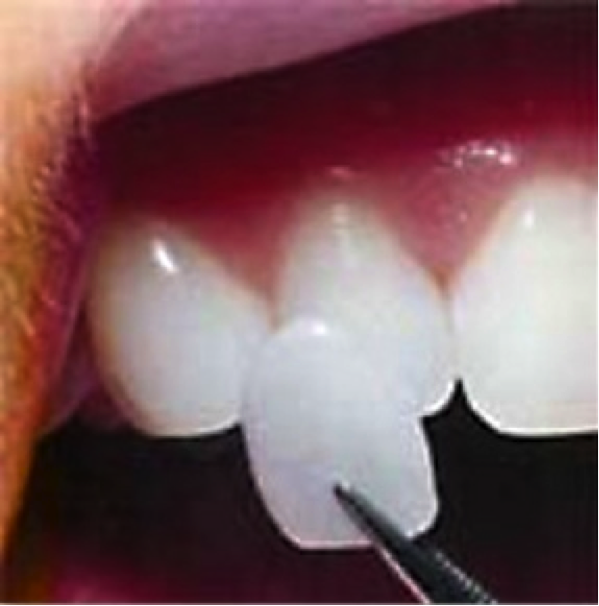